The campus setting and infrastructure information will provide the basic information of the university consideration towards green environment. This indicator also shows whether the campus deserves to be called a Green Campus. The aim is to trigger the participating universities to provide more spaces for greenery and to safeguard the environment, as well as develop of sustainable energy. 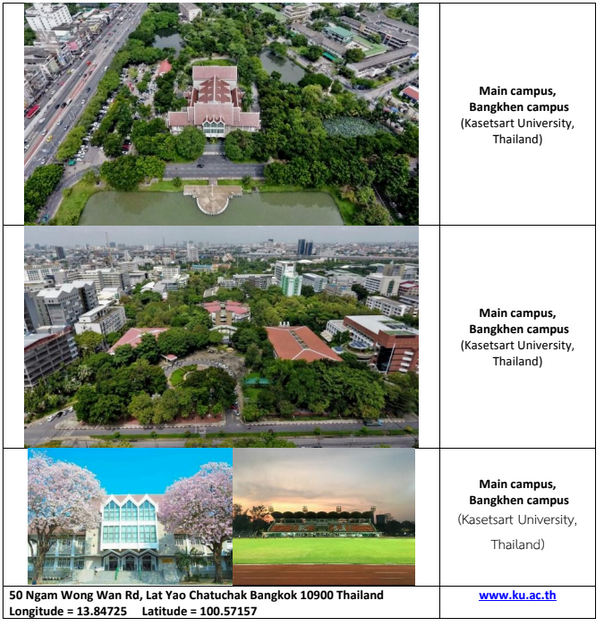 This is the original and main campus of the university. It is situated on the area measuring 846 rai (135 hectares) in the lower part of the northern zone of Bangkok at the distance of approximately 6 kilometers to the south of Don Mueang International Airport. At present, 15 faculties, 6 offices, 6 institutes and the Graduate School of the university operate at this campus with a total student population of approximately 38,681.The faculties are Agriculture, Agro-Industry, Architecture, Business Administration, Economics, Education, Engineering, Environment, Fisheries, Forestry, Humanities, Science, Social Sciences, Veterinary Medicine and Veterinary Technology. The headquarters of all colleges, institutes, centers and offices of the university are also locate in the campus. 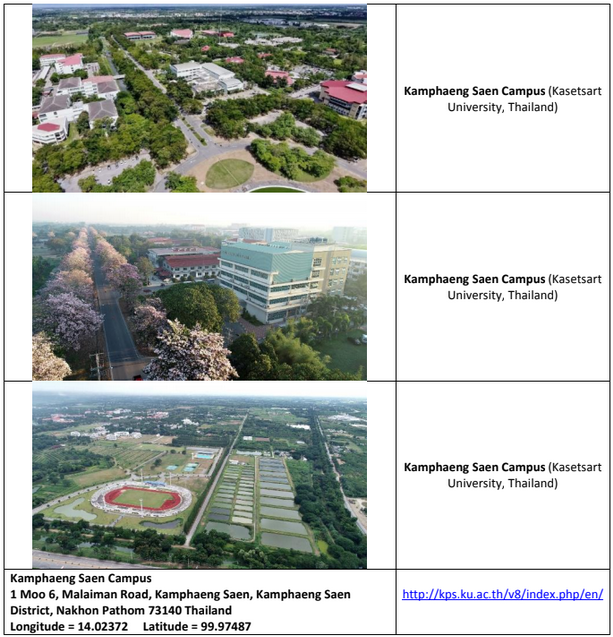 Kasetsart University, the first Higher Education Institute in Thailand to offer an academically strong program in agriculture, has been established since 1943. It was located in the area belonged to the Ministry of Agriculture and Cooperatives called Kaset Klang Bangkhen or Central Kaset Bangkhen. In 1965, M.L. Xujati Kambhu, the University President at that time, perceived that the existing area at Bangkhen was not adequate to support the educational expansion according to the National Social and Economics Development Plan. He then searched for a new site. The University Council considered that Kamphaeng Saen District was the most appropriate site for several reasons. Firstly it was only 80 kilometres from Bangkok and 30 kilometres from down town Nakhon Pathom Province. Secondly, the soil was fertile suitable for cultivation. The water can be channeled from the Meaklong River through the irrigation canel dug from the Vajiralongkorn Dam in Kanchanaburi Province. Moreover, big plots of land were available. The Council, then, presented the University master plan to the Cabinet for the purchase and development of land. It was approved on December 6, 1996. Kasetsart University bought altogether 7,951 rai of land and the first phase building were constructed in 1974 and finished in 1978. On November 12, 1979, Kamphaeng Saen Campus started teaching and learning activities by moving the third and fourth year students in faculty of Agriculture and agriculture related programs from Bangkhen to Kamphaeng Saen. From 1990, Kamphaeng Saen Campus could offer classes to students from the first to the fourth year including graduate students. 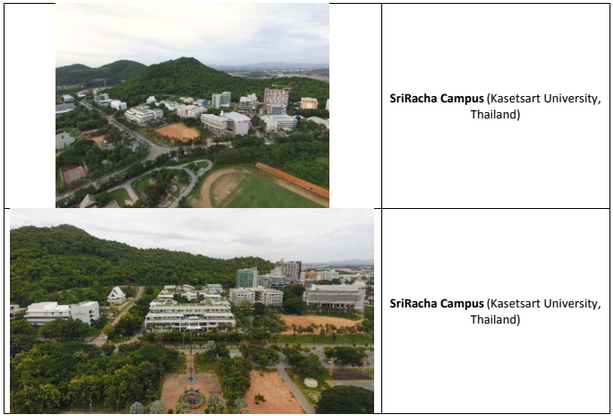 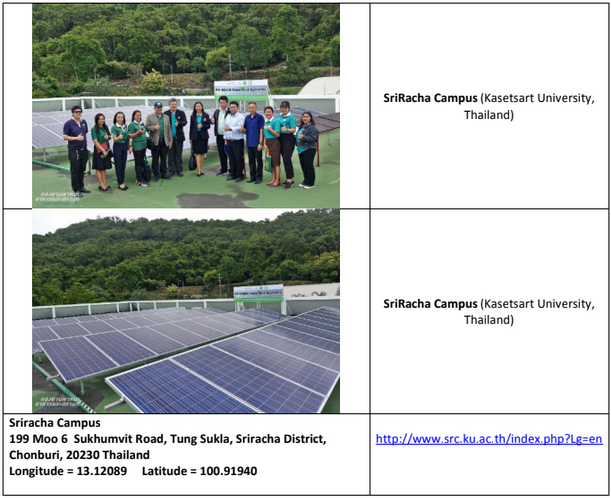 This campus occupies the area of 199 rai (32 hectares) in Si Racha District of Chon Buri Province at the distance of approximately 107 kilometers to the east of Bangkok. It was originally an agricultural research station of the university since 1954. Its establishment as a campus took place in 1989 and was dictated by the pressing of the country shortage of high quality manpower as a consequence of the Eastern Seaboard Development Project.

In the campus offers degree courses and short-term training programs in four faculties which are Management Sciences, Engineering at Si Racha, Economics at Si Racha and International Maritime College.

The campus also provides special master’s degree programs in Business Economics, Agribusiness, Industrial Administration and Development and so on. 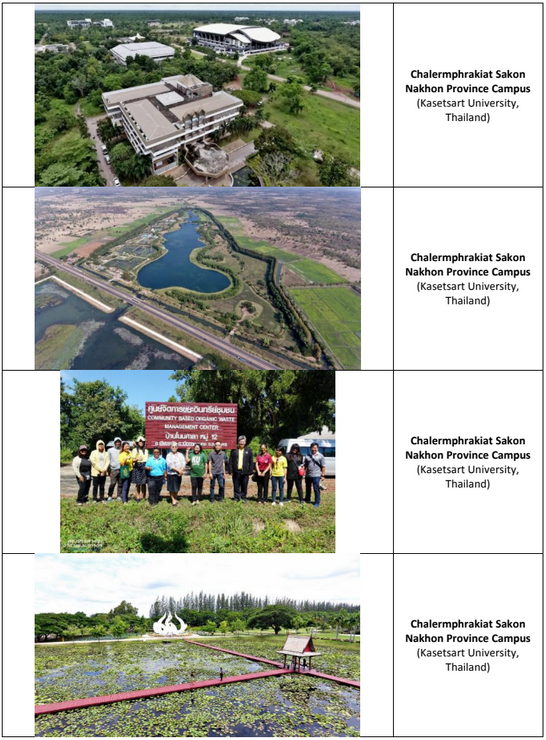 Chalermphrakiat Sakon Nakhon Province Campus is the fourth campus of Kasetsart University. The campus was established in 1996 to commemorate the Golden Jubilee Anniversary of his Majesty King Bhumibol Adulyadej’s accession to the throne.To mark such significance, His Majesty the King graciously granted permission for the university to include the modifying term “Chalermphrakiat”, literally meaning “upholding the honor of His Majesty the King”, in the name of the campus. The campus intends to provide much needed development – accelerating academic services and expected to be the center of education for the upper northeastern region of Thailand. Therefore, the campus will meet the needs of the growing region and will support the government’s policy of expanding educational opportunities to the distance provinces. The campus aims are for development in management, education, teaching, research and human resources. These aims are in line with Kasetsart University’s four primary objectives of learning and teaching, research and development, academic services and extensions, and promotion of traditional arts and cultures. 1.) In the initial period (1904-1913), agricultural education was first established. In 1904, Prince Phichaimahintharodom, Director of the Department of Sericulture of the Ministry of Agriculture, founded the School of Sericulture in Tambon Thung Saladaeng, Bangkok, adjacent to the mulberry gardens and the Sericulture Experimental Station. Initially, the School offered a two-year program devoted to sericulture alone, but in 1906, the program was extended to three years and expanded to include instruction on the cultivation of other crops and also on veterinary science, and at the same time, the name of the institution was changed to the School of Agriculture.

2.) In the middle period (1914-1923), the first primary school agriculture teacher training school was established. The Minister of Public Instruction and Religion, Chao Phraya Thammasakmontri (Sanan Thep-hatsadin na Ayutthaya), founded the Primary School Agriculture Teacher Training School at Ban Suan Luang in Bangkok. The School offered a two-year program for graduates of Secondary Level 3 (the entrance requirement was later raised to Secondary Level 6). Upon completion of the program, graduates were awarded a certificate in primary school agricultural education. In 1918, the School was relocated to Tambon Phra Prathon in the Meuang District of Nakhorn Pathom Province.

The operating of agricultural experiment stations in conjunction with the three primary school agriculture teacher training schools proved to be an excellent model of the interplay between research and education. The first experiment-station-head-cum-headmasters were Luang Ingkhasikasikan at Non Wat, Luang Suwan Vajokkasikij at Khor Hong, and Phra Chuangkasetsinlapakan at Mae Jo.

In 1935, agricultural education policy changed once again. The government, concerned that the numbers of agriculture teachers graduated would be in excess of needs, decided to close the three new primary school agriculture teacher training schools. In response, Luang Ingkhasikasikan, Luang Suwan Vajokkasikij, and Phra Chuangkasetsinlapakan together proposed a project whereby the Mae Jo school was retained as a secondary-level agriculture technical school. This was later elevated to become the College of Agriculture, with the status of a division in the Department of Agriculture and Fisheries. The person appointed to serve as the first director of the College was Phra Chuangkasetsinlapakan.

Also in 1935, the Ministry of Agriculture established in Phrae Province another technical school, namely the School of Forestry, which offered a two-year program, and shortly later, this was made a part of the College of Agriculture.

In 1938, the Ministry of Agriculture established the Central Agriculture Station, or Kaset Klang, in Bang Khen District of Bangkok, the area in which the main campus of Kasetsart University is located. The College of Agriculture was moved from Mae Jo to Bang Khen, and Luang Suwan Vajokkasikij became the director. The College offered three-year certificate programs in three fields: agriculture, cooperative science, and forestry. Students of the agriculture program studied all three years at Bang Khen, while students of the cooperative science program studied their first two years at Bang Khen and their third year at the Department of Cooperatives at Tha Thian in order to facilitate their practical training. The forestry program was conducted at the School of Forestry in Phrae Province. 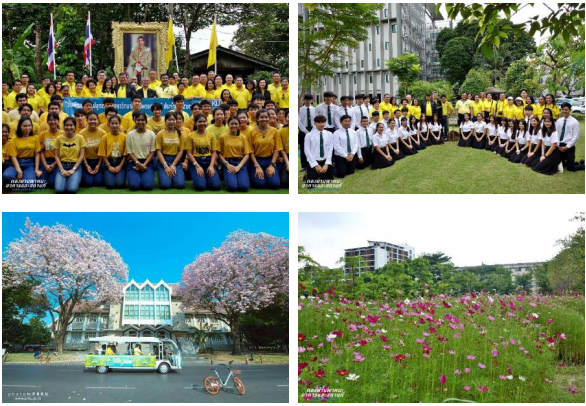 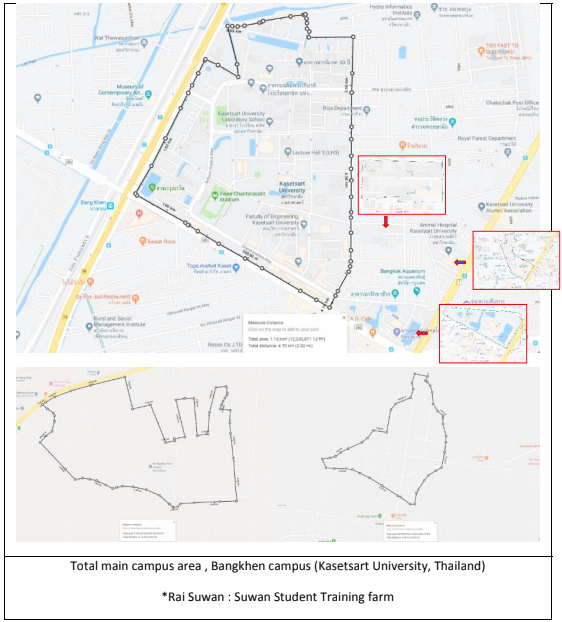 Rai Suwan : Suwan Student Training farm Is a unit of Kasetsart University Bangkhen campus under the Faculty of Agriculture With a total area of 4,142,400 m2

Conduct research on corn, sorghum and other crops involved in a complete corn and sorghum production system to support the teaching and research of Kasetsart University. And applying the results of research to benefit society By formulating a policy for research production that is new body of knowledge to develop academic strength And basic knowledge in the field of plant science continuously Including increasing the competitiveness of the country To the international level

Is an internship for students of Kasetsart University And students from various educational institutions Both domestic and international in the field of corn, sorghum and economic crops, by establishing a training plan and policy for students in accordance with the curriculum. To increase knowledge and experience by taking action 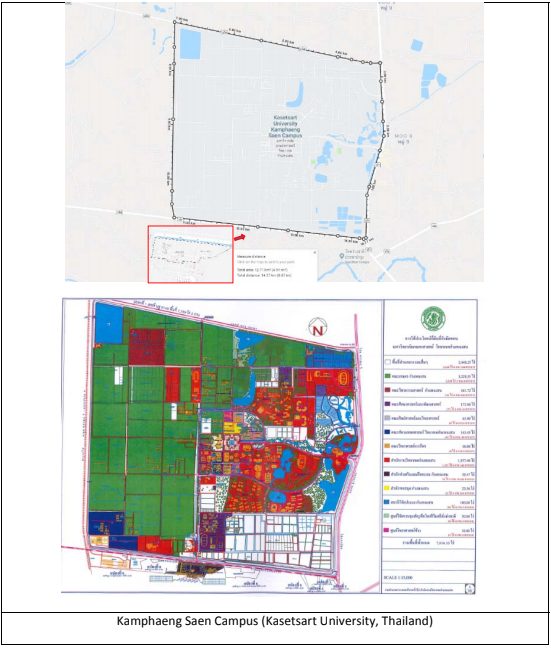 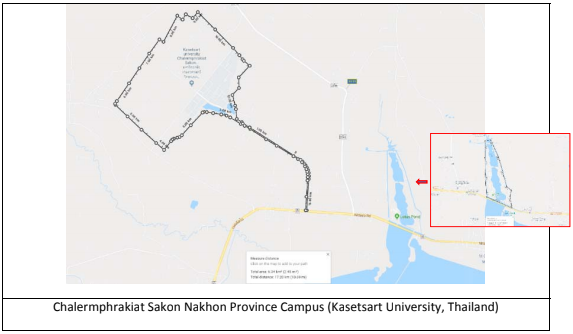 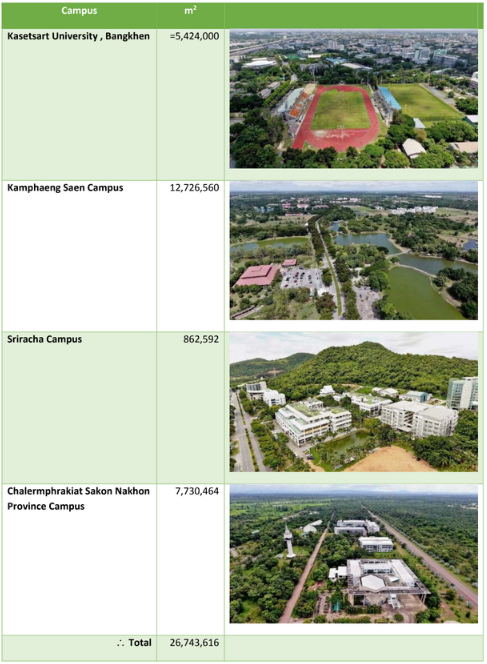 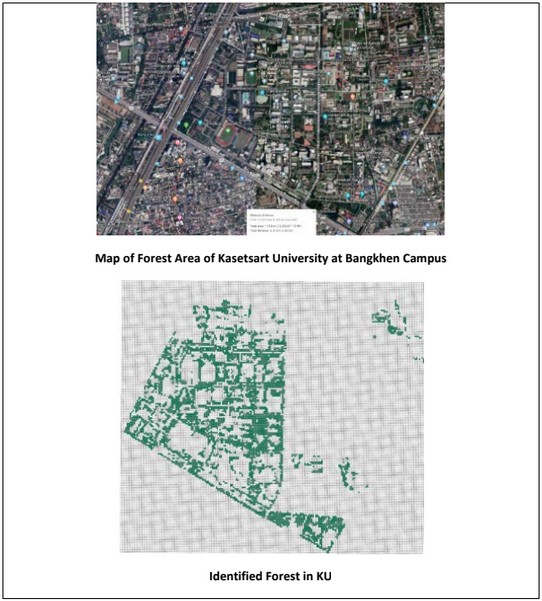 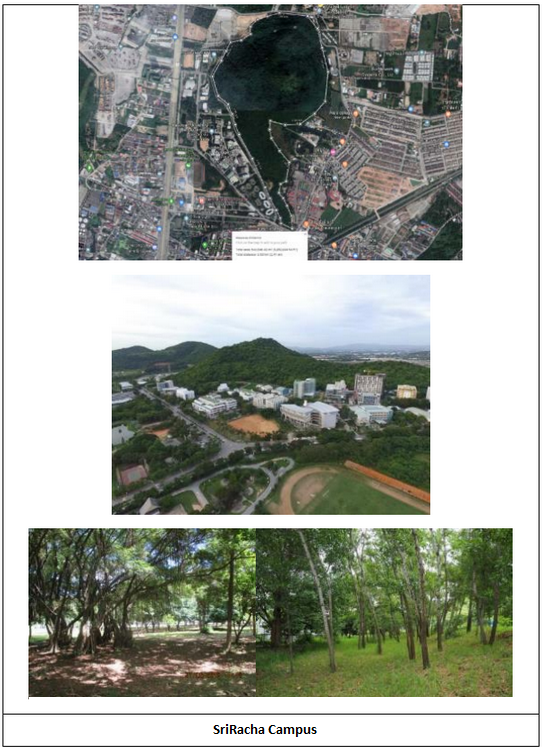